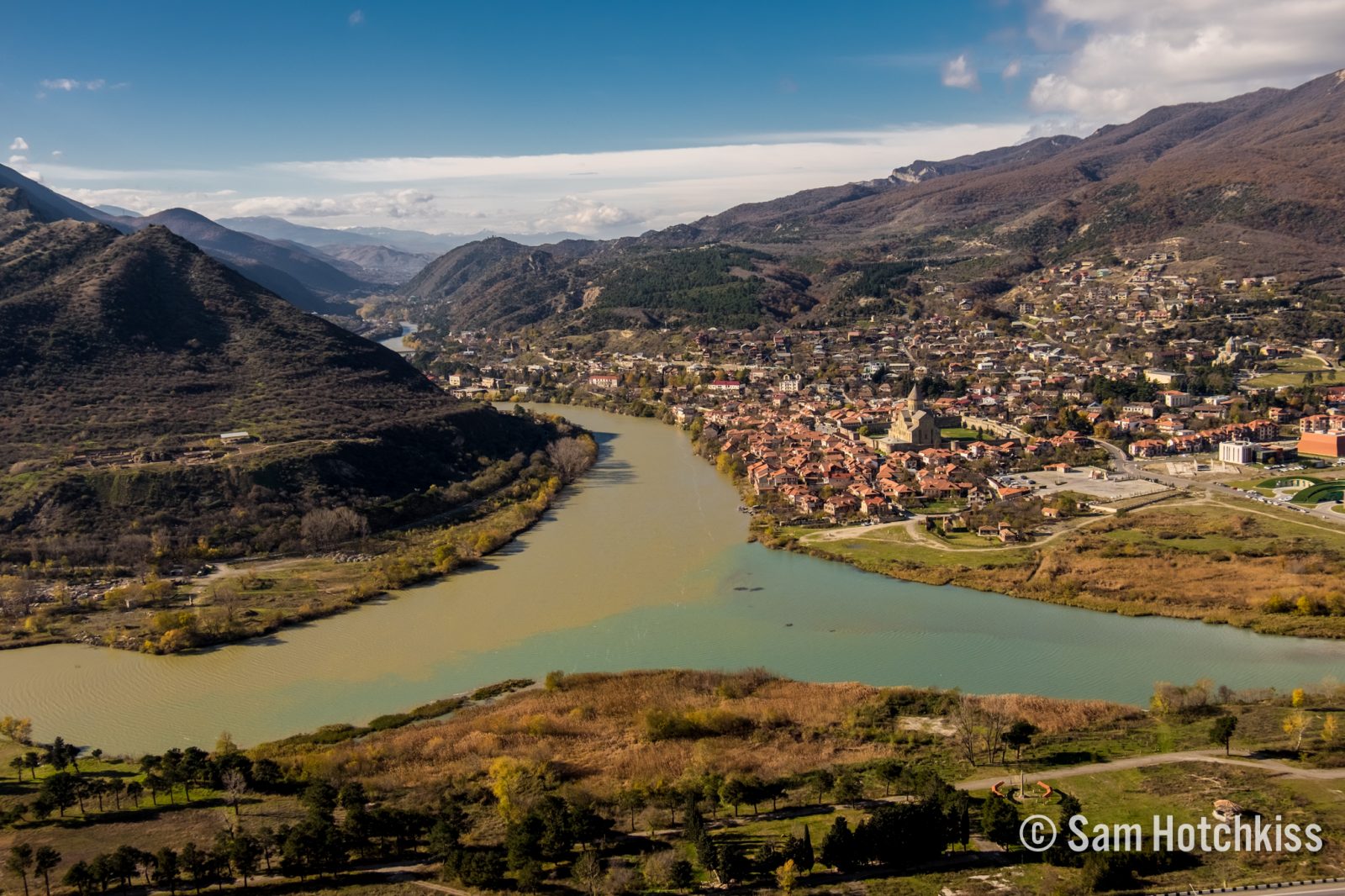 This area, Mtskheta, the ancient capital of Georgia, has housed human civilization since before the beginning of recorded time.  It served as capital until the 5th century, when they moved the capital a few miles down the road to Tbilisi.

The Georgians are an amazingly resilient people.  Due to their extremely valuable location between Europe and Asia at the base of the Caucasus Mountains, the most attractive overland trade route, they have been invaded over 40 times since the beginning of recorded history, yet, every time, they pick themselves back up and rebuild.

This entire area is a UNESCO World Heritage Site.

One thought on “Confluence of the Kura and Aragvi Rivers”